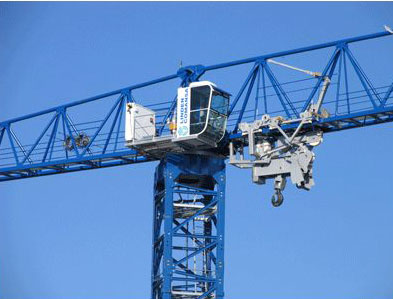 It replaces Linden Comansa’s custom built LC 8952, and, although, the company has built higher capacity cranes individually, the 21 LC 750 is the largest to undergo serial manufacturing.

With the launch of the crane, the company completes its LC2100 Series. All jibs and masts are compatible with the 21 LC 750. “For instance, the mast sections of the new crane can help the other cranes of the series to reach higher freestanding heights. An example of this is that the 21 LC 550 can be climbed up to 85.8 m, instead of reaching 71.1 m with the standard tower sections,” commented the company.

One of the main advantages of the new model is the easiness of its erection, due to the removal of the cat-head. A feature of this patent-applied design is that the jib and counter jib are joined together on the turntable, without any apex section. As a result, assembly is easier and faster and more cost-effective, added Linden Comansa.

The 21 LC 750 has a 110 kW hoist motor and a hoist drum capacity of 1,400 m of rope, across all three versions. The difference comes in the trolley and reeving system. The 24 tonne version has two or four falls, the 36 tonne version two- or six-part reeving system, while the 48 tonne version has a four- or eight-part line. The reeving change is automatic, controlled from the cabin, by means of a double trolley system.

The first two units of the 21 LC 750 have been sold to Rentakran Ukraine, Linden Comansa’s exclusive dealer in the country.