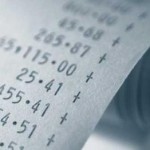 On a positive note, stabilisation in the form of net positive order flow started in March and is forecast to continue into the first quarter of next year.

Order backlog at 30 September was $667 million, down 26% from $901 million in the previous quarter at 30 June 2009. “During the first half of 2009, crane sales still benefited from the very strong backlog on our books prior to the extreme cyclical downturn that developed rapidly in the fourth quarter of 2008,” said Glen Tellock, Manitowoc Company chairman and CEO.

“It is typical for both the size and the duration of the backlog to diminish as demand wanes since the factories are not operating as close to their capacity. As a result, the percentage of our orders versus revenues has increased from 18% in the first quarter to over 50% in the third quarter.”

Tellock continued, “While improvement in the US and European markets is not expected in the near term, there are pockets of growth in Asia, Latin America, Africa, and the Middle East. Going forward, Manitowoc should benefit from the global restructuring that we have been implementing over the past year, as well as our position in emerging markets that are leading the economic recovery.”