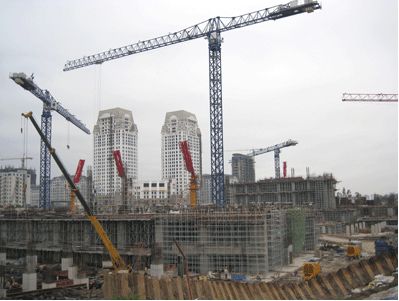 Linden Comansa has four tower cranes in Vietnam to help build the countries tallest building. Here is more on the story.

The four tower cranes are the first to use the new internal climbing system from Linden Comansa, offering a double ladder, which provides quicker and easier use, says the company.