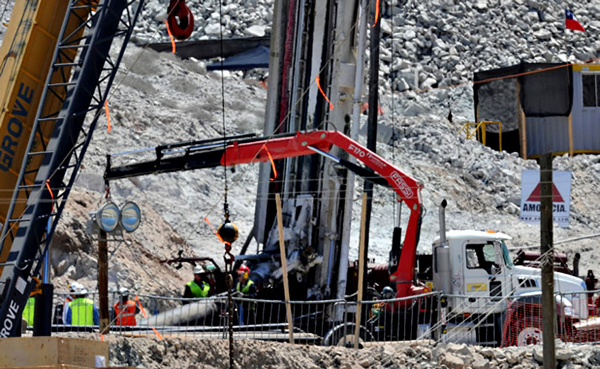 Italian crane manufacturer Fassi  has been playing a key role in the rescue of 33 miners trapped for nearly ten weeks in Copiapo, Chile. Fassi cranes have been maneuvering the steel pipes to form the recently-completed escape tunnel that is part of one of the most complex rescue operations in mining history. Rescue of the miners began on October 12, according to Laurence Golborne, Chile’s mining minister. U.S.-Chilean drilling company Geotec Boyles Bros. supplied the F170A Fassi cranes, which are equipped with a special configuration that helps the operator maintain tighter control of fine movements in critical conditions and also allows the crane to be used for more extended periods of time.

Audi on the Roof