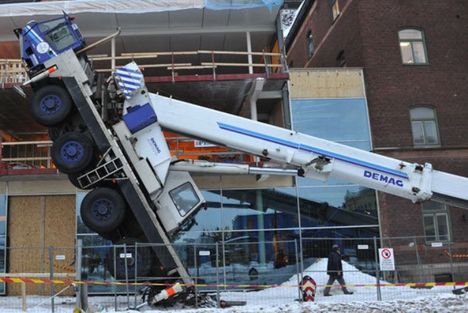 A  four axle All Terrain crane went over in Malmö, Sweden yesterday afternoon, no one was injured.

The crane, a Demag owned by rental company Kran & Shakt had set up with full boom and extensions on a project close to the city’s Central Station to lift glass panels into place on a new building being constructed by Peab.

The crane was over the rear with outriggers fully down, although the photos we have been sent indicate that one of the rear beams had not been fully extended, however this should not have had any significant impact on the cranes stability over the rear. 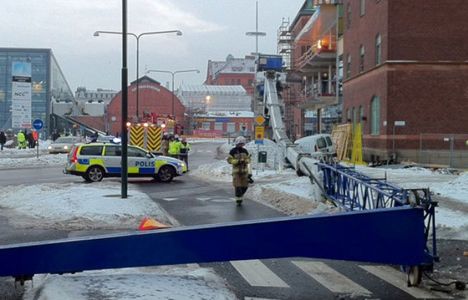 The owner of Kran & Shakt, Louis Zyto was apparently on site at the time, neither he nor the operator who was suffering from shock, but otherwise not injured, were unable to say what had caused the tip.

The boom came down onto a small van but as far as we know it was unoccupied or the driver managed to escape unhurt.

Two larger mobiles were called in to recover the upturned crane overnight. 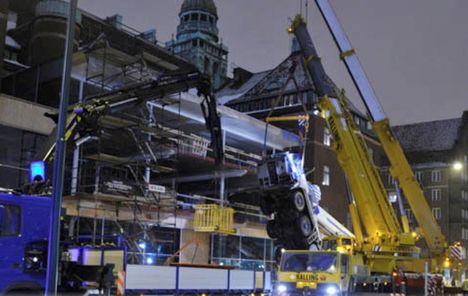