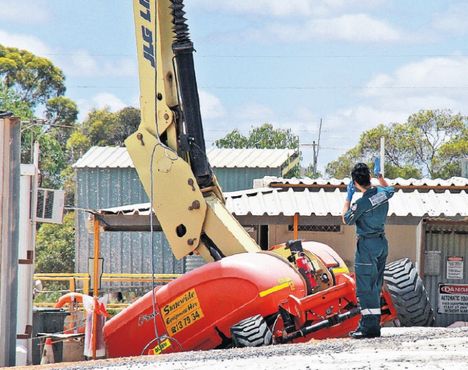 We have been sent a series of new photographs from the fatal accident which occured last Wednesday in Boulder, Western Australia, that show that the catapulting accident was different from that indicated by the first reports we received.

It is now clear that the lift, a JLG 860SJ, broke through into some sort of underground void that left it teetering on the edge. This explains why those on the ground were unable to simply use the emergency lowering equipment to bring the stranded man down.

He had to wait over an hour for a mobile crane from Goldfields crane hire to come to the rescue.

What does appear to still be clear from the photos is that the survivor was wearing a harness which was properly attached to the anchor point with an appropriate lanyard. As a result he has survived the incident without serious injury.