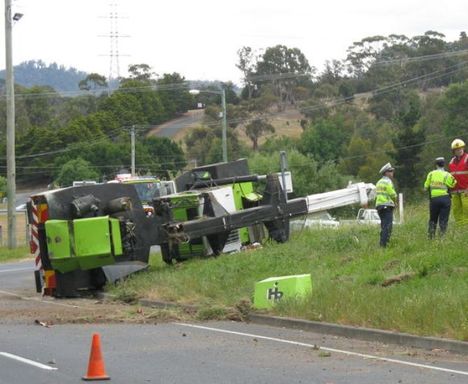 The fatal crane accident near Hobart, Tasmania earlier today was a road accident involving an articulated pick and carry crane.  The 20 tonne crane is reported to have rolled three times after the operator lost control on the East Derwent Highway in Risdon Vale, North East of Hobart.  The operator, 47, died at the scene from injuries received in the accident, a second crane has been brought in for the recovery, fortunately no other vehicles were involved.