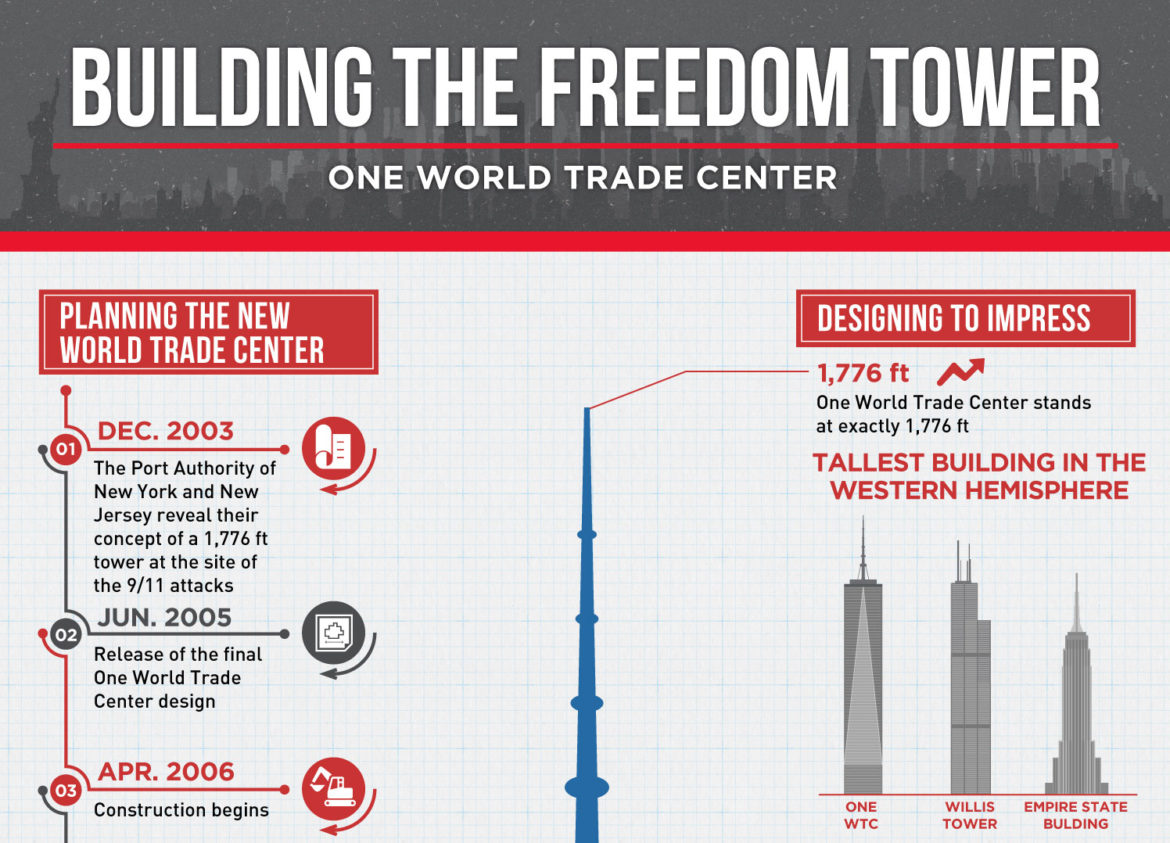 14 years have come and gone by since the September 11 attacks on the World Trade Center Twin Towers in New York City. While we remember that day, we recognize that our country has only grown stronger and more united in the years since this devastating event took place.

This collective strength and unity is shown through the building of One World Trade Center. The new tower is the tallest building in the Western Hemisphere and the third tallest building in the world. Standing at exactly 1,776 feet, it is no coincidence that One World Trade Center’s height matches the year that America declared independence, marking one of the first years we were united together as a country. The rebuilding of the World Trade Center represents the resilience of the United States of America, a country that continues to push forward towards progress, success, and freedom.

A project as monumental as this takes time, passion, and expertise, which is why the builders knew that they would need the most reliable construction equipment around. There is no job too big for the powerful lifting cranes that contributed to the construction of One World Trade Center. By using the sheer mass and force of some of the largest and most effective cranes, The One World Trade Center is as strong as ever, and has grown to one of the tallest towers in the world. By taking full advantage of American made products, cranes, and other machinery, the tower itself stands as a powerful reminder of the imagination and growth of the American people.