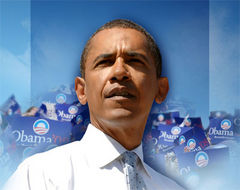 US President Barack Obama’s US$ 450 billion American Jobs Act includes US$ 95 billion of construction investment. The proposal also calls on Congress to approve the setting-up of a National Infrastructure Bank with US$ 10 billion of capital.

The bill, which is designed to boost employment in the face of disappointing US economic growth targets construction workers, among other groups. Among the proposals aimed at the industry is a US$ 30 billion investment in educational facilities comprising US$ 25 billion to modernise 35000 public schools and a US$ 5 billion investment in community colleges.

The President’s plan also includes an immediate investment of US$ 50 billion for highways, rail, transit systems and aviation. A further US$ 15 billion will be spent on “Project Rebuild”, which is a scheme to rehabilitate vacant and foreclosed houses and businesses.

Launching the Bill during a speech at the University of Richmond, Mr Obama said, “Passing this jobs bill will put people to work rebuilding our crumbling roads and our crumbling bridges. It will also help us rebuild our schools.” He added, “There are millions of unemployed construction workers across America ready to put on their tool belts and get dirty.”

The Bill also calls on Congress to approve the setting up of a National Infrastructure Bank, a scheme first proposed in 2007. This institution would have US$ 10 billion of capital at its disposal to invest in infrastructure projects of national or regional significance, without coming under political pressure to favour ‘earmarked’ projects.

The proposals in the Bill have been welcomed by the construction industry, with key figures speaking-out to encourage Congress to pass it. Stephen E. Sandherr, chief executive officer of the Associated General Contractors of America (AGC) said, “Should Congress fail to enact the desperately needed infrastructure investments the President proposes, too many construction workers will remain unemployed, the private sector will suffer and taxpayers will end up paying more, later, for infrastructure.”

He continued, “Investing in infrastructure is the most effective way to create good jobs, deliver great roads, build a strong economy and protect taxpayers.”

Funding mechanisms for the American Jobs Bill are due to be laid out in the President’s forthcoming deficit reduction plan, however, the Bill was announced with assurances that “every penny” will be paid.