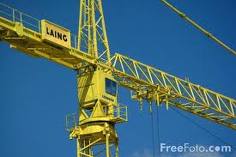 Like so many of the world’s economies, business life in Russia was brought to a virtual halt in October 2008 by the global financial crisis. Funding for construction projects dried up. Come 2009, crane manufacturers either suspended production or heavily reduced output, while rental companies found themselves unable to meet loan repayments and machines were repossessed. By mid 2010, however, there is widespread – if not universal – confidence that the economy has largely returned to health and many are reporting business activity at pre-crisis levels. Russia’s ministry of economic development reports that GDP grew 4.2% in the first half of this year. However, a slight slowing in June has raised some concern about the firmness of recovery. Other economic indicators from the ministry also show a positive outlook. In the first five months of this year, crude steel production was up 25% year on year and finished steel production was up 23%. The value of copper exports doubled in the same period. As for neighbouring countries, Kazakhstan’s economy is expected to grow by up to 7% this year and Ukraine by around 4%. The state statistics agency of Kazakhstan reported that Kazakhstan steel manufacturers increased output in January to May by 3.8% year on year. Kazakhstan’s largest steel manufacturer, ArcelorMittal Temirtau, predicts a 20% increase in production this year and plans to start construction of a new steel mill next year.