THREE decorative turrets dangled over the City Oval yesterday when they were lifted from the historic grandstand with the help of a large crane. 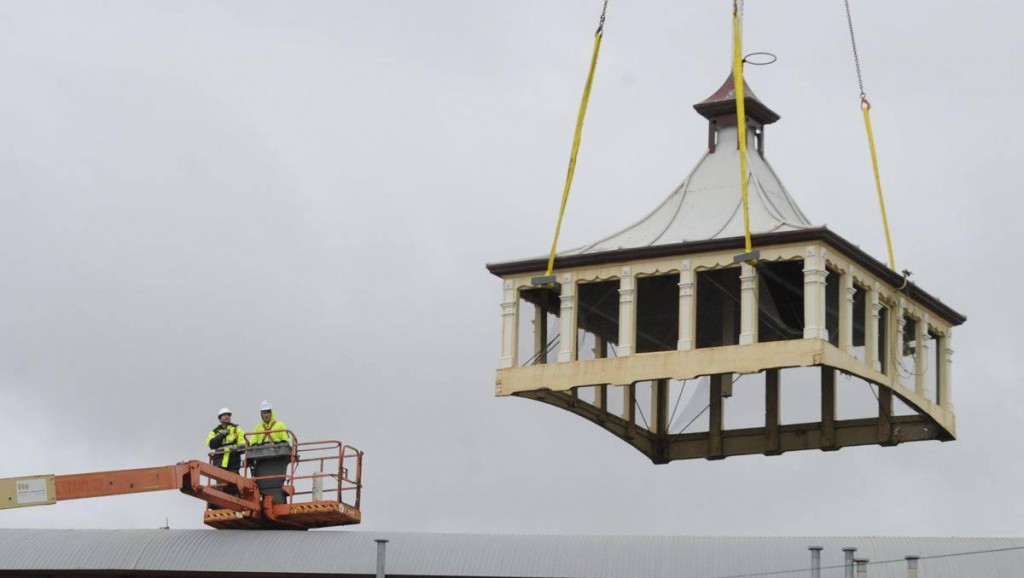 Project manager Leigh Ditchfield said the turrets were in need of refurbishment and the work had to be completed at ground level.He said much careful planning had gone into the removal of the 1.2 tonne structures from the top of the 1878 grandstand.

“The timber flagpoles that were on them have deteriorated over years of weather,” Mr Ditchfield said.

“Due to how high they were we needed a fairly large crane. We just needed a little bit of planning to make sure we were able to secure them.”

Made of wood, galvanised iron and lead piping, the turrets will spend the next few weeks being refurbished before they are returned to their positions above City Oval.

“Works are scheduled to be completed by the end of June – weather permitting – and the turrets will be reinstated in their original location,” he said.

He said the $45,000 project had been funded through the council’s facility upgrade capital budget and were part of the City of Ballarat’s ongoing program of heritage asset upgrades.