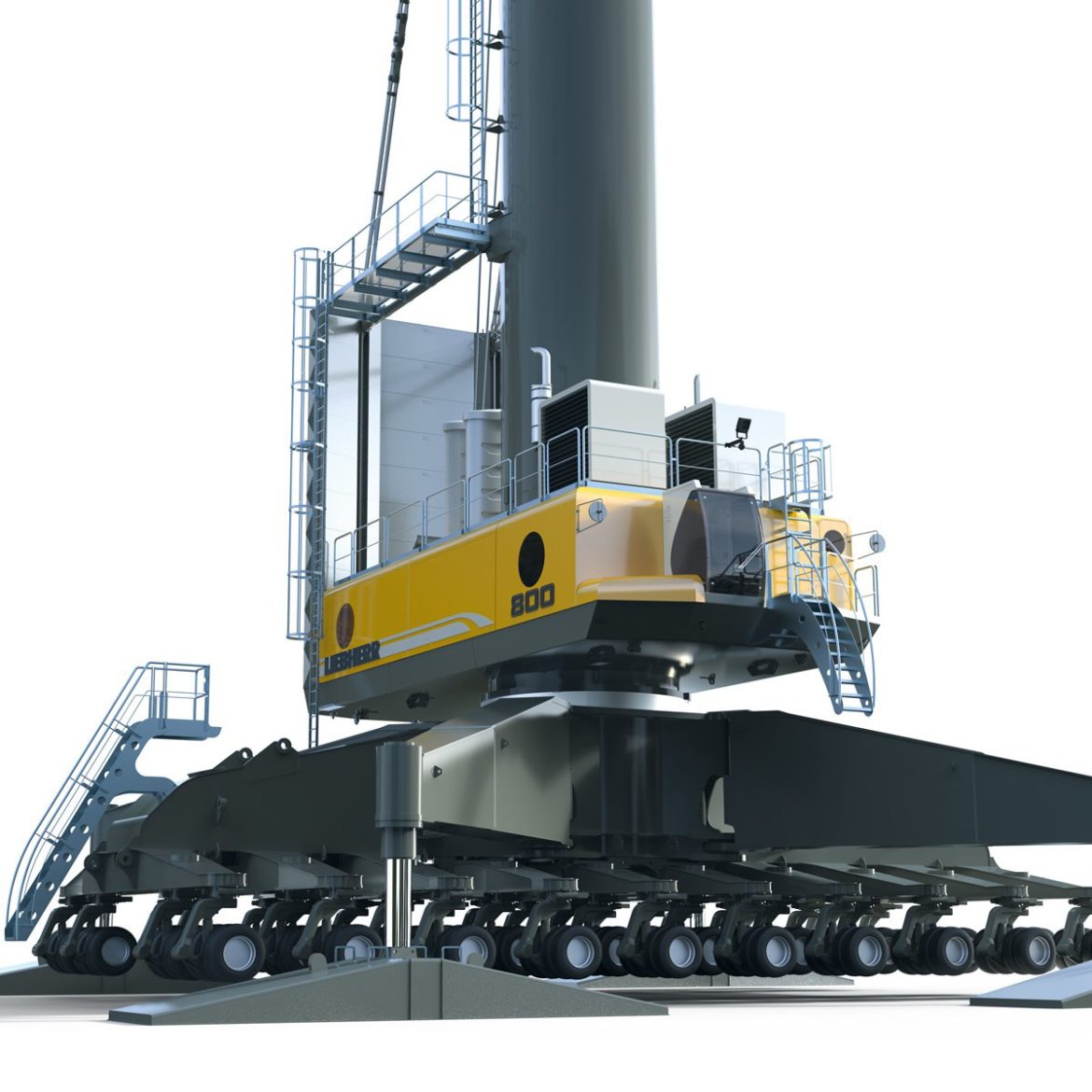 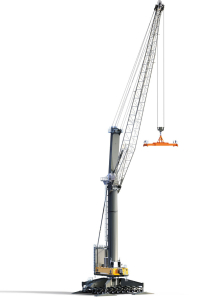 The LHM 800 is claimed by the manufacturer as the largest mobile harbour crane in the market. Its capacity exceeds the next largest model, the LHM 600, by around 100 tonnes. Bulk handling capacity is up to 2,300 tonnes per hour and its 64 metre outreach means it can handle vessels up to 22 containers wide.

Matthias Mungenast, Liebherr mobile harbour cranes sales director, commented, “The LHM 800 is a breakthrough for the mobile harbour crane sector, outperforming the existing maximum lifting capacity by nearly 50 per cent. Also, in terms of container and bulk handling, the LHM 800 is the new benchmark. We are optimistic that this new model will strengthen our market leading position.”

For stability and operational safety it has a cruciform (X-pattern) undercarriage design, as used on the rest of the models in the LHM range. Weighing 745 tonnes, mounting options are rubber tyres, a rail mounted portal, fixed pedestal or barge. It is so much larger than other models that it will open up new applications, the manufacturer said.

For tandem lifts the Sycratronic function is used to synchronize movement between the two cranes. One crane driver can simultaneously operate both cranes, Liebherr said. For container handling the hoisting and lowering speed is up to 120 metres per minute. In standard configuration this equates to 38 containers per hour, which can be increased to 45 boxes per hour where the crane is fitted with the Pactronic hybrid power booster system. Pactronic also offers benefits in bulk handling applications, the manufacturer said.