Three crawler cranes formed part of a tribute this weekend to all those who died in the world trade centre attacks of 2001 and those who have served their country and paid with their lives. 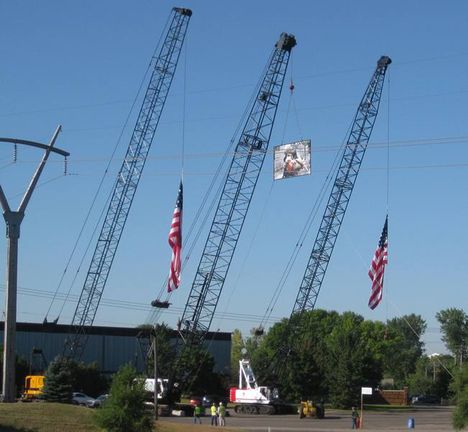 Three cranes formed a Tribute to those who were lost

The cranes, an American 9310, an American 7530 and a 110 ton Sumitomo supported two 10 by six metre flags and a four by five metre picture of a soldier rescuing a child. Each crane was rigged with 43 metres of boom.

The cranes belong to Phillippi Equipment/Truck Crane Service in Eagan, Minnesota and were on duty for the entire weekend. 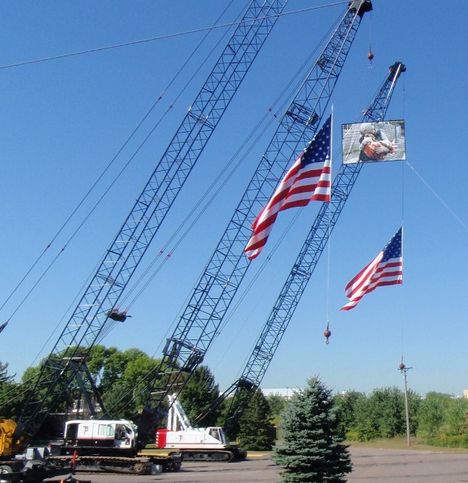 Better view of the display