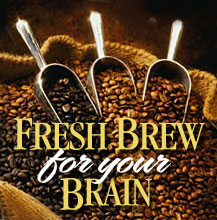 Salespeople wanna make sales – and for the most part feel alone in the process.  One of the challenges all salespeople face is: What’s the best way? What is/are the way, the path, the words, and the actions that will lead me to the promised land? The sale.  Well, the one path that all salespeople want to avoid is the one that leads to “no.” Better known in the business as rejection, salespeople will go to great lengths to avoid “no.” Sometimes, many times, they will actually lose the sale by avoiding a situation where ‘no” is a possibility.

NOTE WELL: I’m trying to be nice and write this in the third person, so as not to make you feel less than whole. But these conditions in the main refer to, and apply to, YOU. And I recommend that as you read them, you take specific notes as to how you can improve the weaknesses I’m addressing.

In no particular order, here are the examples and pitfalls of the actions you take or omit to avoid “no.” And here are the grim reality bites of what you will and won’t do:

■Try to please everyone, without following the fundamental rules of salesmanship.

■Willing to give a proposal without demanding an exact time and place for a face to face follow-up meeting to go over it with all decision makers.

■Won’t ask to change or modify the terms of a bid or a proposal that would put you in a more favorable condition (years in business, video testimonials to prove your claims, financial worth).

■Failure to get to a decision maker for fear of going around or over the person you’re meeting with. Sometimes you won’t go over someone’s head because you have nothing of value to give them other than your sales pitch.

■Won’t start higher up the ladder on a sale, because you’re afraid to go beyond your comfort level of sales.

■Accept the first no or I’m not interested as a final answer, and leave, rather than try to be rejected three or four times in the same call.

■Call reluctant on cold calls instead of being prepared with a value message and confidence based on deep belief that the customer is better off having purchased from you.

■Call reluctant on follow-up because you don’t want to get rejected. Reality: you have nothing of value to say or offer and just want the money.

■Have five big customers but no ideas to call them with other than to ask for more business. So you don’t call (and you miss an opportunity that your competitor grabs).

■Won’t call to confirm an appointment for fear it will be canceled. Because you have given no perceived value.

■Won’t leave a voice mail. You know your call won’t be returned because you have/had nothing of value to say.

■Will email when you should call, and wonder why it goes unreturned or worse, unopened.

■Will phone or email when you should visit. You think it’s “safe” when in reality it’s delaying the sale.

■Taking the wrong approach. Looking for pain, because you don’t understand any other way. Why not look for pleasure?

■Not using testimonials as final proof.

And then there are the 4.5 game changing elements of a sale that require your courage and intestinal fortitude. (Also known as having the guts to do, say, or pull it off.)

1. You won’t demand to be in on the final meeting – where the decision is really made.

2. You won’t call an angry customer back – and pass the complaint off to someone else, making the customer even angrier.

3. You will let accounting handle collections, and damage your relationship.

4. You don’t have the guts to tell someone “no,” when the situation just won’t work.

4.5 You don’t do what’s best for the customer. Offer a different product, a different service, even a different company, because you’re afraid to lose a sale or a commission.

■You walk on eggshells so as not to offend.

■You get stepped on and pushed aside by prospects.

■You take it on the chin from all people all the time.

■You try to mirror instead of harmonize.

■You’re scared to lose the sale (money) rather than doing the right thing, and helping the customer.

■You’re scared to ask for the sale for fear of rejection.

■You think you’re alone in the selling process.

■You’re asking for referrals rather than earning them.

Well, that’s enough evidence for you to change out of your chicken suit, and put on some designer clothes. Look the part, act the part, prove the part, and you’ll get the part – and the order.

I’m sorry, I didn’t hear you. Could you repeat that?