Spotted in the USA, possibly Michigan? A boom truck set up on mud with some outrigger mats that create Death Wish. The crane, which wasn’t working at the time, appears to have been used with a suspended personnel platform – not the best of starts – considering proper fully controlled baskets area available for such jobs. 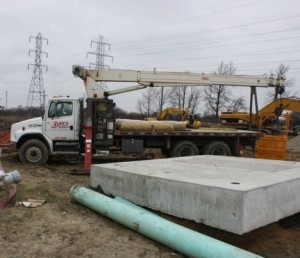 The vehicle was clearly working on what is soft and muddy ground and appears to be owned and operated by a company called Dan’s Excavating – or at least it has its logo on the cab and the ground is clearly not the firmest. 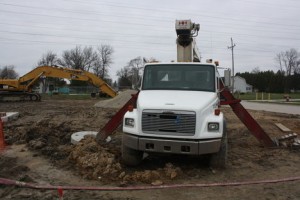 It looks as though the principle application was to be a man basket. 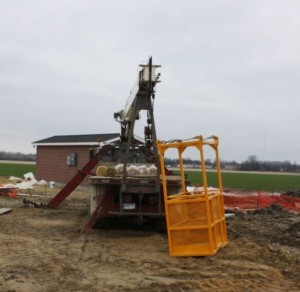 Concrete disks with a hollow centre have been used under two of the outriggers which are far from practical, even then one of them has tilted to the point where the machine will shortly slip off. 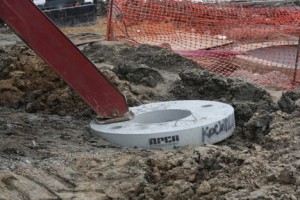 ﻿﻿And then…..under one of the front outriggers a wood Pallet! As most people would have predicted the pallet did not last long before the outrigger punched through. In fact it probably gave way immediately. 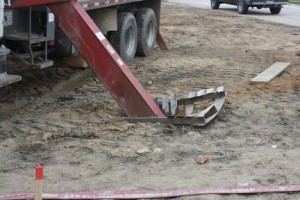 One has to hope that the operator that set up did not actually use this machine in this shape? That perhaps he went off to call base and say ” I need some proper outrigger mats” ….One also has to wonder why he did not have a set of mats with him in the first place.