A mobile crane was called in this weekend to remove an aircraft from the Links Air fleet that crash landed at Robin Hood Airport in Doncaster, UK. 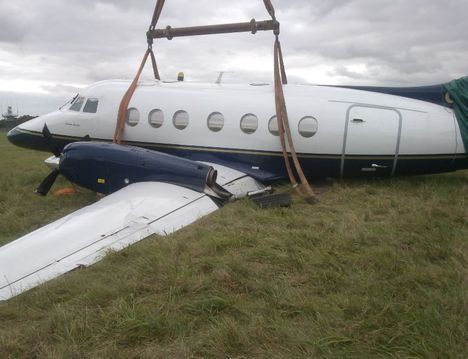 The plane reported undercarriage problems as it landed on Friday night from Belfast. It ended up embedded in the grass alongside the runway. The airport was closed for safety reasons until it was recovered and one person was taken to hospital.

Emsley Crane Hire was called at short notice to recover the aircraft and carried out a full contract lift on Saturday using a 100 tonne Liebherr All Terrain crane, a lifting beam and specially modified web slings. 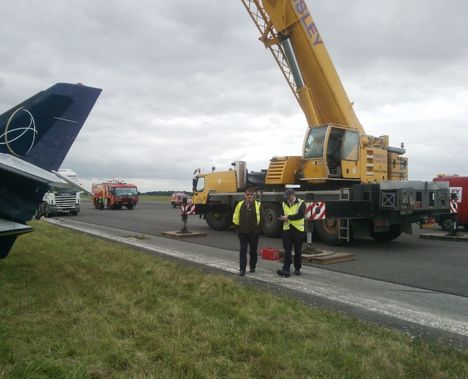 A 100 tonne crane proved man enough for the job 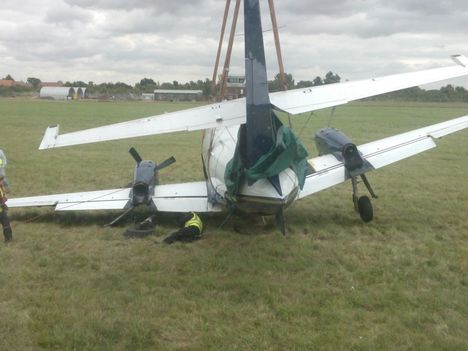 The airport re-opened around midday on Saturday. 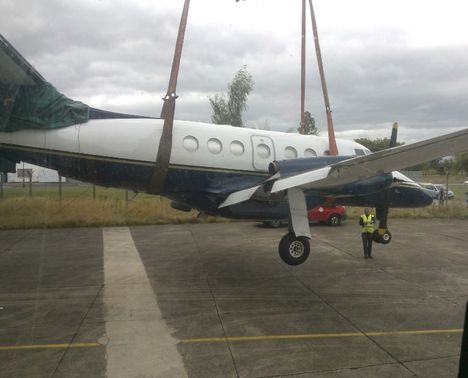 And back onto terra firma before being loaded onto transport

Are You Taking Full Advantage Of Smartphone Opportunity?