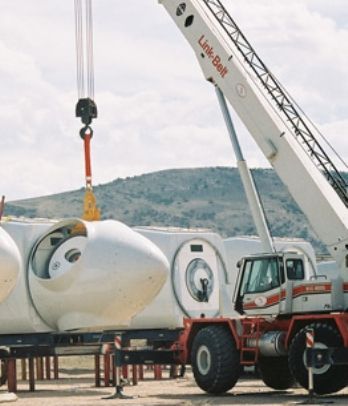 Windpower Innovations Inc has announced a strategic alliance with Barnhart Crane & Rigging for its full service heavy lift facility, in the state of Oregon.

The alliance builds on work carried out by WindPower during 2010 to provide a comprehensive range of ‘in –air’ repair, inspection and maintenance services to the wind energy industry, including wind turbines of up to five megawatts.

Wind Power says that in this, its first phase, its operations are positioned to serve the Western United States, Alaska, Mexico, and the Pacific Rim via rail and the Columbia River deep water port access.

WindPower’s chief executive John Myers said: “It has been a whirlwind 2010 getting our strategic relationships solidified, and we now have the infrastructure to execute any contracts that would be the fruit of our efforts for 2011. Barnhart is vital to our supply chain. We can handle anything once it gets to our facility, but a major piece of the profitability for all involved is in getting the crane and shipping strategy right. We are proud to join forces with a company of the reputation and capabilities of Barnhart.”

The agreement follows an announcement made by WindPower at the end of October, that it had signed a confidential letter of intent with a heavy lift company.