A 40-year-old crane operator had to be rescued from a tower crane around 35 metres in the air last Wednesday in Graz, Austria.

The man apparently complained of extreme chest pains and informed his colleagues that he needed to come down from the crane, but he was unable to make it on his own.

He was hardly able to move so the site called the local Graz Fire Brigade, having assessed the situation the crew decided that a rescue via the crane’s ladder or one of its rescue platforms was not possible. 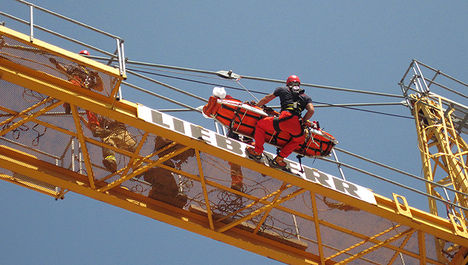 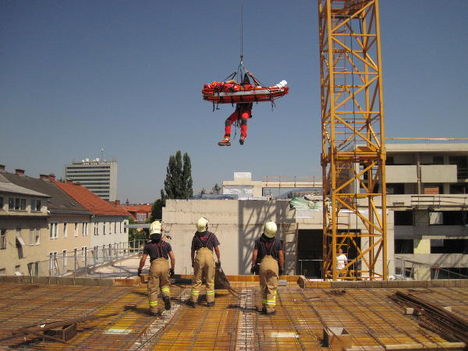 So following initial treatment in the crane cab the man was strapped into a stretcher and then lowered by rope to the roof of a lower building and was then taken from there to the ground using a fire ladder. 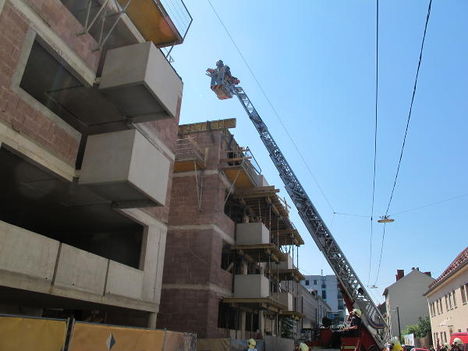 The final stage was a descent by ladder platform